Mayor Cerino stated that total operating cash on hand for unrestricted use is $1,201,065.32. The previously reported assigned funds, proceeds of the College Armory transaction, had finally been utilized for Marina construction activities. Mayor Cerino stated that there was a separate fund for the Broad Reach sculpture donations in the amount of $41,863.52.

Mayor Cerino asked for a motion to pay bills. Mr. Shoge moved to approve payment of the bills as submitted, was seconded by Mr. Stetson and carried unanimously.

Ms. Sabine Harvey, president of the Tea Party Festival was present to discuss the festivities scheduled for Friday, May 26th through Sunday, May 28th. The street party will be held at the foot of High Street on Friday evening and food trucks would provide food for sale that evening. All food on Saturday is made by non-profit organizations.

Ms. Harvey stated that the Tea Party Festival was working with the Historical Society to put on a treasure hunt. This will be in an attempt to get more people into the brick and mortar shops during the festival. The Historical Society was also printing out the Chestertown Resolves with the help of Kelly Distributors. Festival goers can sign the document.

Ms. Harvey stated that Cambia Wi-Fi was a sponsor of the Tea Party this year. A grant was also received from the Kent County Arts Council to help with costs. Ms. Harvey stated that some vendors declined attending to the festival this year because of the Wi-Fi issues experienced last year. Mayor Cerino stated that the Town was working on Wi-Fi (and cell reception) improvements.

Ms. Harvey stated that volunteers were needed for Saturday, May 27th to be attendants at parking lots and to help with the information booths, t-shirt sales, and hauling items to different locations. She said that the Kent County Detention Center would be sending volunteers in for the day, which is appreciated.

Ms. Harvey stated that Sunday events continue at the Wilmer Park and most of the events on Sunday are now being run by the Young Professionals.

Ms. Harvey stated that the Tea Party Festival was looking for non-profits who would like to have a booth selling ice cream and lemonade.

Ms. Kay MacIntosh stated that the Main Street A&E Tea Bag Contest was a new event to the festival and people are invited to take burlap bags and turn them into “tea bags” to decorate Chestertown during the festival.

Mr. Ingersoll reminded all present that Monday, April 24th at 6:00 p.m. there would be a preliminary budget workshop in Town Hall.

Mr. Ingersoll stated that Arbor Day was going to be held Tuesday, April 25th at 1:15 p.m. at the Kent County Courthouse Yard. If it was raining, the event would be held at Garnett Elementary School. Mr. Ingersoll stated that seedlings will be given away in Town Hall beginning on April 25th and this year there would be American Plum, Beauty Berry, River Birch, and Willow Oak.

Mayor Cerino read a proclamation into the record which declared Friday, April 28th as Arbor Day in Chestertown.

Mayor Cerino read a proclamation into the record declaring May 2017 as Preeclampsia Awareness Month.

Mayor Cerino stated now that the legislative session is closed he wanted to discuss the progress on the marina. He said that the $1.5 million request from the Capital Budget was not funded but he worked with Senate President Mike Miller who was able to provide $500,000 in the Senate’s Capital Budget. He said that he was appreciative of all the support received from the legislation.

Mayor Cerino said that the Town purchased the Marina in order to maintain public access to the river for residents and visitors, to preserve the history of the Town as a working port of entry dating back to 1706, for economic development, and because as a non-profit government entity the Town had access to grant funds that a private for-profit business did not. The cost of fixing the marina and keeping it running as a for-profit marina was not feasible due to the small size of the facility.

Mayor Cerino showed the property in detail and said that it was being phased using funds available. Phase I work was in process. Kingfisher Environmental Services won the contract and they were being paid through a $200,000.00 DNR Waterway Improvement Fund Grant matched by the proceeds from the sale of the Armory. He said that the area of work was essentially the Marina basin. The elevation was raised, new pilings were driven, and walkways have been added. The boat ramp will be rebuilt and enlarged, and there will be a new bulkhead and finger piers. Mayor Cerino stated that he hoped to have this area completed by the end of May 2017. Mayor Cerino showed areas where dredging has taken place which now has a depth of 6’ and photos of work completed. He said that 55’ pilings are being driven on site which will greatly improve the area with the bulkhead sheeting will be like a new sea wall.

Mayor Cerino stated that Phase II of construction will include construction of a waterfront interpretive center (where the Williams Marine now stands) with a marina store, visitors’ center, event space, and bathrooms and showers. Schamu, Machowski & Patterson Architects are preparing final renderings for the building. There has been $480,000.00 in grants received to date and Mr. de Mooy just put in for a $100,000.00 grant request through the Maryland Heritage Areas Authority. The building plans have been approved by the Historic District Commission and the Town was hoping to bid out the project in May or June 2017, breaking ground in summer. He said that the hope was that the money in hand would be enough for the exterior shell and then the Town could raise more money in the next legislative session to finish the interior. Renderings of the proposed building were shown.

Mayor Cerino stated that Phase III dealt with constructing the rest of the bulk heading. He said that 10 to 15 years ago Kingfisher rebuilt the southern side of the Marina which was still in good condition, whereas a new bulkhead will be built in front of the Fish Whistle.   The USDA grant and loan will pay for or match part of this work and it may be bid out as a separate project to maximize funding. For this phase, the Town will have to coordinate with the Fish Whistle to raise the grade. Mayor Cerino stated that he would like to begin this work after Downrigging Weekend.

The last part of the project will be to extend the piers and Mayor Cerino showed renderings of their placement and extension out further into the river. The three existing piers will be removed and replaced with two piers that will extend further into the river. The existing Cannon Street pier will also be extended. This will be a separate part of work where the $500,000.00 from the legislature would be spent. There was also $600,000.00 from Waterway Improvement funds that will be expended. Mayor Cerino stated that early estimates from McCrone, Inc. for new docks came in at just about $1.1 million.

Mayor Cerino stated the plan showed removal of the large shed on the Marina site and he said that would be dismantled and replaced with a parking lot and pocket park with native landscaping and public art. Mayor Cerino stated that Mr. de Mooy submitted a grant to the Chesapeake Bay Trust to try to fund this portion of the project.

Mr. Ingersoll stated that the Town Crew would pick up all the intact paver bricks on the site and move them to the yard for reuse throughout Town.

Mr. Stetson stated that on Wednesday, April 5th he attended the Greater Chestertown Initiative meeting where Mr. Bryan Matthews explained the new 80-acre business park slated for development in Ward Four. He said that Mr. Matthews would also be presenting at the Council of Governments on Wednesday, April 19th.

Mr. Stetson stated that on Tuesday, April 11th he attended the Town and Gown Forum at Decker Hall. He said that Mayor Cerino did a great job.

Mr. Stetson stated that the bocce season begins in Wilmer Park on Tuesday, April 25th and will be held on Tuesdays and Thursdays at 6:00 p.m. through the end of June.

Mr. Stetson stated that the good weather was bringing many visitors to the Bailey Park.

Mr. Shoge stated that all was well in Ward Three.

Ms. Kuiper stated that she volunteered at the Historical Society and was amazed at the number of people who come to Chestertown to visit. She said she was going to make a list noting where all of the people are from.

Ms. Kuiper stated that the artisans started selling in the Farmers Market this past Saturday. She said that there were many people in Town over Easter weekend.

Ms. Gross stated that the Chester River Chorale would be having their spring concert, “Hooray for Hollywood”, at Washington College’s Decker Theater at 7:30 p.m. on Friday, April 28th and Saturday, April 29th.

There being no further business, Mr. Stetson moved to adjourn the meeting at 8:45 p.m., was seconded by Mr. Shoge and carried unanimously. 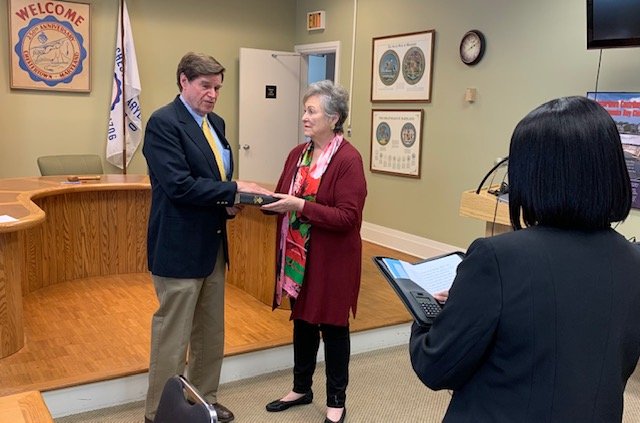