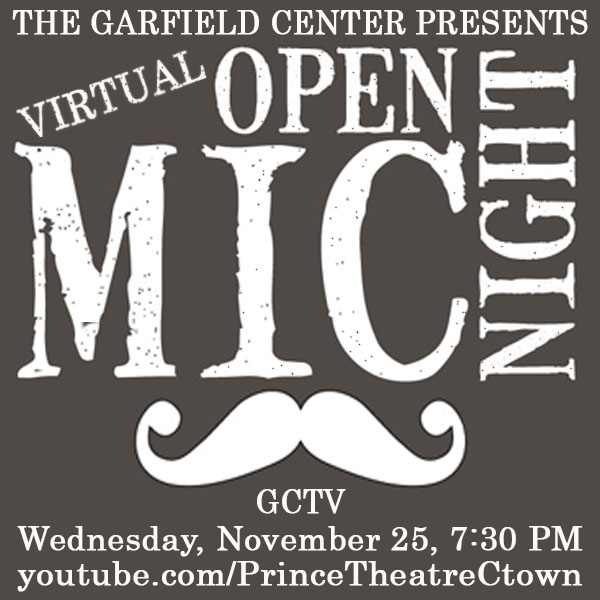 Ford Schumann, the organizer and host of the Garfield Center’s monthly Open Mic events, hosts GCTV’s second virtual edition of Open Mic via Zoom alongside Steven Arnold, the GCA’s Executive Director. The event will be available for viewers on the Garfield Center for the Arts YouTube channel this Wednesday, November 25, at 7:30 PM.

Not just a co-host for the program, Ford also has two song performances in the lineup: “She Belongs to Me” and “Blackberry Rag.” Viewers will also see two performances from Lynn Henderson, “The Ballad of Easy Rider” and “Clocks and Spoons,” two performances of original songs by Ed Klein, “The Old Hoot Owl” and “Obama Can This Really Be The End,” and two songs from the Ukulele Club, “Van Diemen’s Land” and “You are My Sunshine.” The program also features individual song performances from Bob and Laura Taylor with “I Should Have Been True,” and Chad and Tia Jones with “There’s a Light (Over At The Frankenstein Place).”

Open Mic had been a regular live event, appearing on our stage every final Wednesday night of each month. Like all other programming at the Garfield, Open Mic was suspended due to the pandemic. The first virtual installment of Open Mic was presented on GCTV in early September, and GCTV hopes to continue with regular installments of the online version of Open Mic until the Garfield can reopen to the public.

To enjoy this program, and all weekly GCTV presentations, tune in to the Garfield Center for the Arts’ YouTube page, which can be found at youtube.com/PrinceTheatreCtown. The program starts at 7:30 PM.