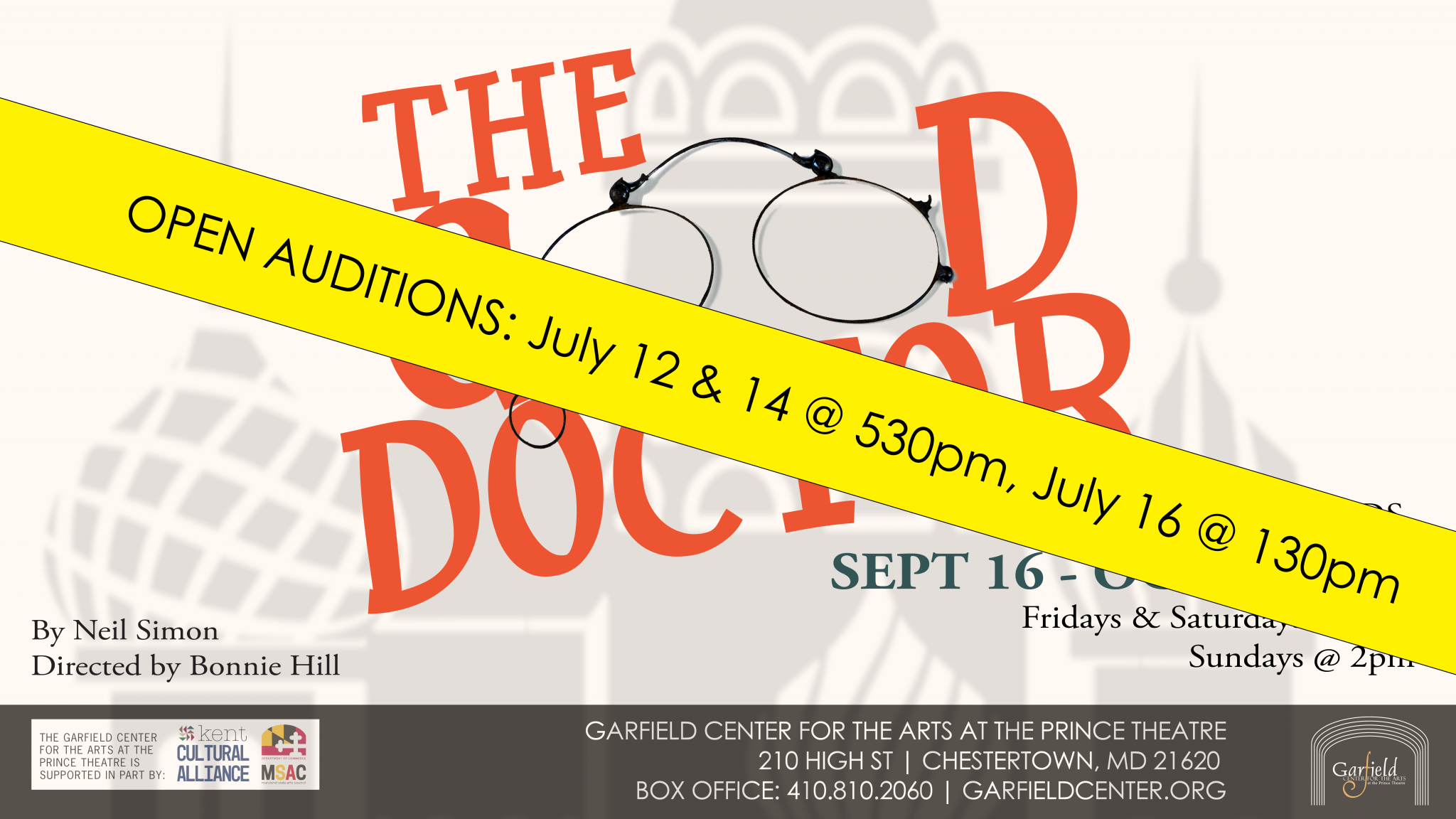 The Garfield Center for the Arts has announced audition dates for their upcoming production of the Neil Simon comedy “The Good Doctor.” Auditions are Tuesday and Thursday, July 12th and14th, both starting at 5:30 PM, and Saturday, July 16th, starting at 1:30 PM. Auditions will consist of cold readings from the script. Needed are at least 2 female and 3 male actors, but flexible casting involving a larger cast size is likely. Familiarity with the script is helpful but not necessary. Performances run weekends from September 16th through October 2nd.

The original production of Neil Simon’s “The Good Doctor” opened at the Eugene O’Neill Theatre on Broadway in 1973 and featured a stellar cast including Christopher Plummer, Marsha Mason, Frances Sternhagen, René Auberjonois, and Barnard Hughes. The play was a departure for Simon from his usual living room-style comedy. He set out to celebrate the irony and droll humor of Anton Chekhov’s work by encapsulating the style within short sketches tied together by a narrator suffering from writer’s block. In one sketch, a feisty old woman storms a bank and upbraids the manager for his gout and lack of money. In another, a crafty seducer goes to work on a wedded woman, only to realize that the woman has been in command from the first overture. And let us not forget the classic tale of a man who offers to drown himself for three rubles. The portraits are affectionate, the humor is infectious, and the play is a lot of fun for its actors and audience.

If anyone interested in auditioning has additional questions, please contact the Director, Bonnie Hill, at bonniehill@zimbracloud.com or GCA’s Executive Director Steven Arnold at sarnold@garfieldcenter.org.

The Garfield Center for the Arts at the Prince Theatre
Phone:
(410)-810-2160
Email:
info@garfieldcenter.org