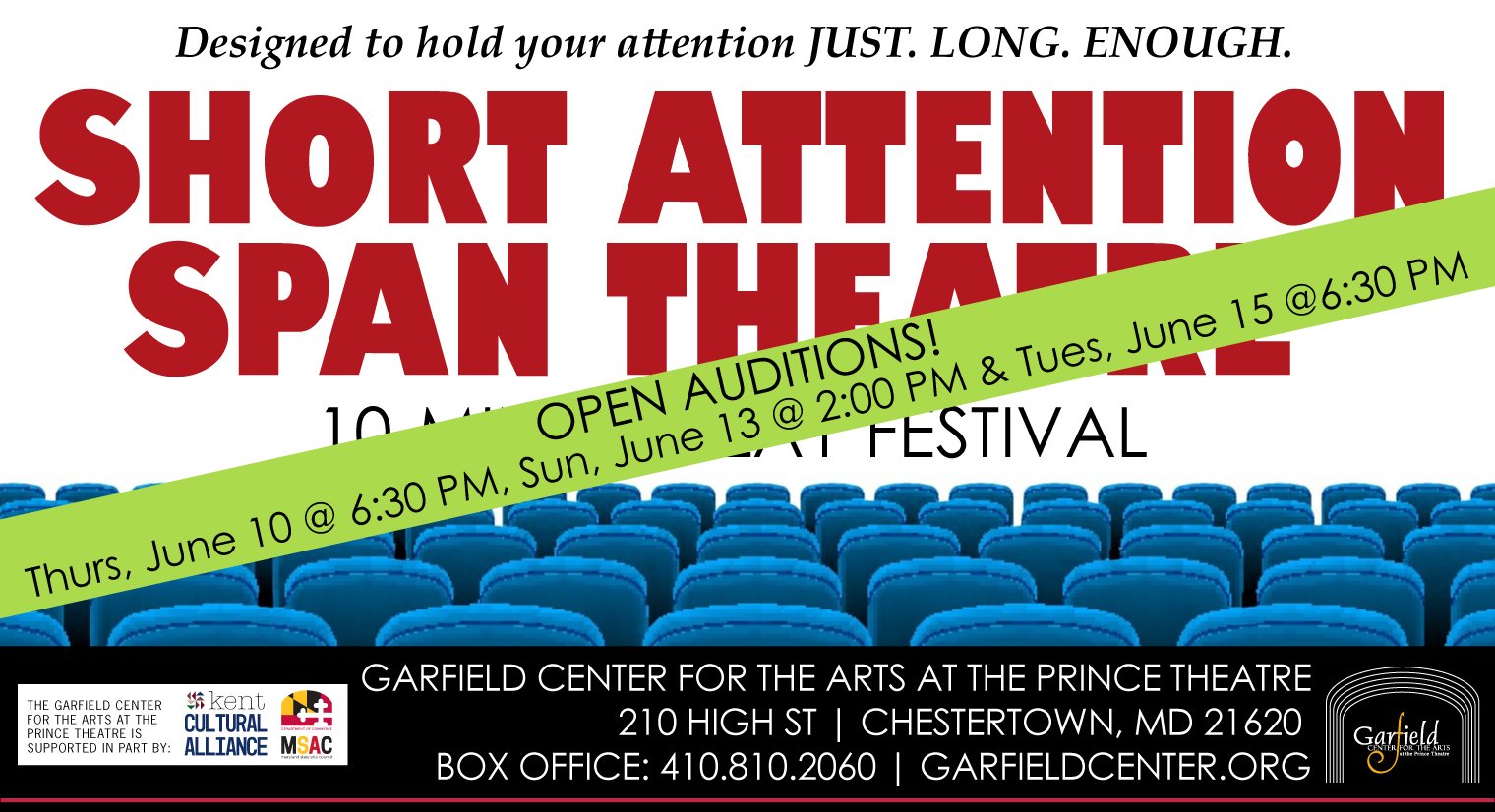 As part of its efforts to re-start public performances, the Garfield Center for the Arts is planning its popular annual Short Attention Span Theatre (also known as SAST). The location for the performances is still being finalized, but SAST performances will take place on July 23, 24, 30 and 31 with a possibility of a third weekend of performances starting August 6.

Auditions for SAST will be held at the Garfield Center on Thursday, June 10th at 6:30 PM, Sunday, June 13th at 2:00 PM and Tuesday, June 15th at 6:30 PM. Anyone interested in performing in SAST this year should plan to show up at one of the audition dates. PLEASE BRING A MASK. Auditions will consist of cold readings from some of the scripts being considered for presentation.

SAST is the Garfield Center’s annual short play program. It had its earliest roots in 2005, when it was called 8×10 – The 10-Minute Play Project. The name was changed to Short Attention Span Theatre in 2008. Over the years, it has seen both the premiere of many original plays by local playwrights as well as featured the performances of hundreds of local actors. The Garfield Center’s SAST has remained a successful, yearly program that has grown every year in attendance and popularity.

For any inquiries about auditions, please send your questions to info@garfieldcenter.org.