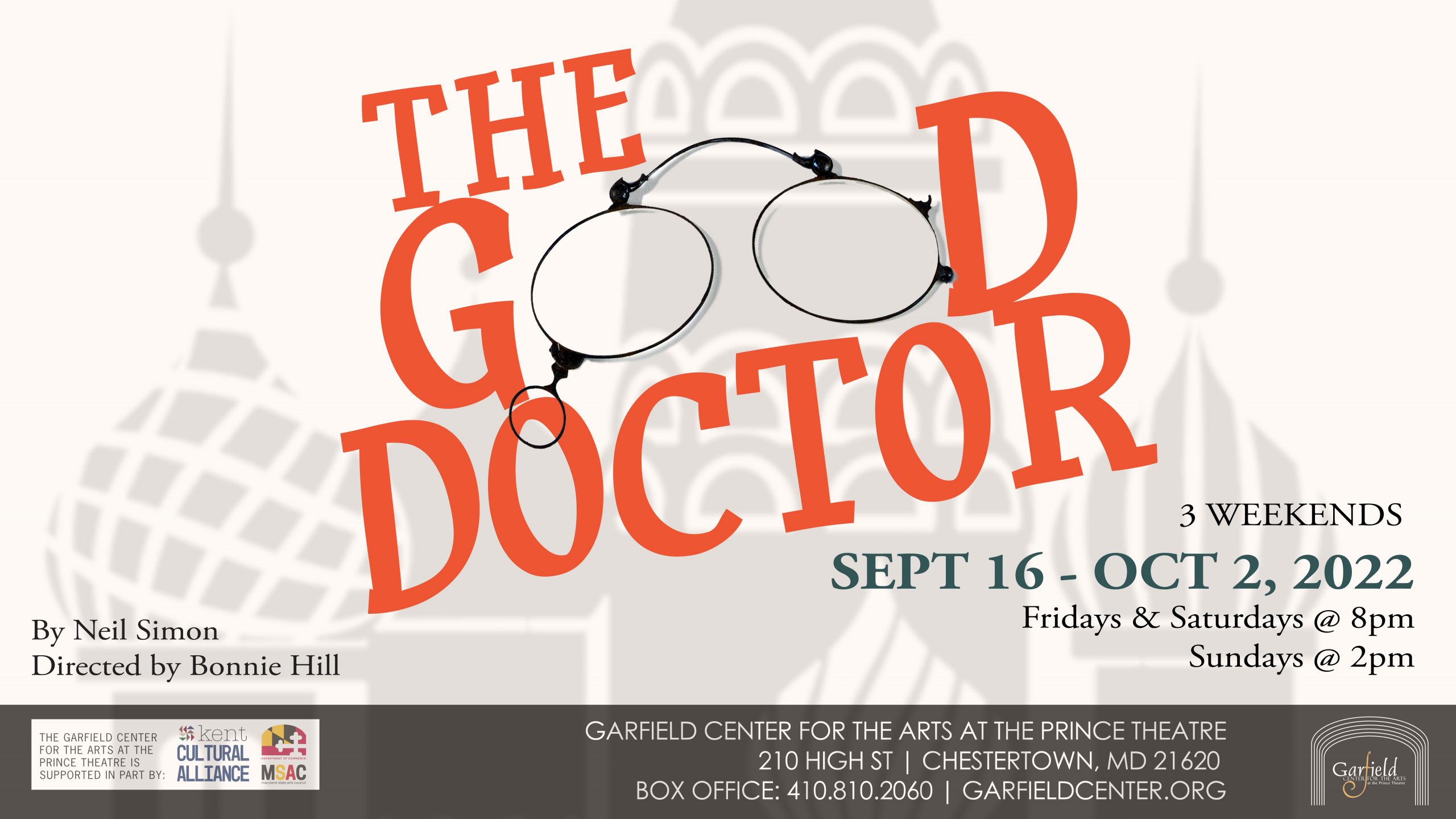 The original production of Neil Simon’s comedy “The Good Doctor” opened at the Eugene O’Neill Theatre on Broadway in 1973 and featured a stellar cast including Christopher Plummer, Marsha Mason, Frances Sternhagen, René Auberjonois, and Barnard Hughes. The play was a departure for Simon from his usual living room-style comedy. He set out to celebrate the irony and droll humor of Anton Chekhov’s work by encapsulating the style within short sketches tied together by a narrator suffering from writer’s block. In one sketch, a government clerk over-apologizes and has a nervous breakdown after accidentally sneezing on a general during a night out at the theatre. In another sketch, a crafty seducer goes to work on a wedded woman, only to realize that the woman has been in command from the first overture. And then there’s the visit to the chair of a frighteningly overzealous Dentist. And let us not forget the classic tale of a man who offers to drown himself for three rubles. The stories are droll, the portraits affectionate, the humor infectious, and the fun unending. Sometimes absurd, sometimes melancholy, but always enjoyable, it is a modern take on the essence of Chekov featuring various comedic styles and characterizations.

Directing the production is Bonnie Hill, a seasoned director who has staged multiple productions at The Garfield Center and Church Hill Theatre, among others. The production stage manager is Sheila Austrian, who is no also no stranger to the local stage, having appeared in, and worked on, many productions. Costumes are by Connie Fallon, with assistance from Nita Wieczoreck, Props are by Wendy Sardo, Lights and Sound are by Butch Clark and Nic Carter, the Sound technician is Amelia Plummer, Photography is by Steven Arnold, and the poster and program is by Francoise Sullivan.

The show runs weekends from September 16 through October 2, with performances starting at 8 PM on Fridays and Saturdays and at 2 PM on Sundays. Tickets are on sale now and can be purchased online at www.garfieldcenter.org or by calling the Box Office on Wednesdays, Thursdays and Fridays from 10 AM to 3 PM.