The Garfield Center presents “(Stay) Home for the Holidays!” 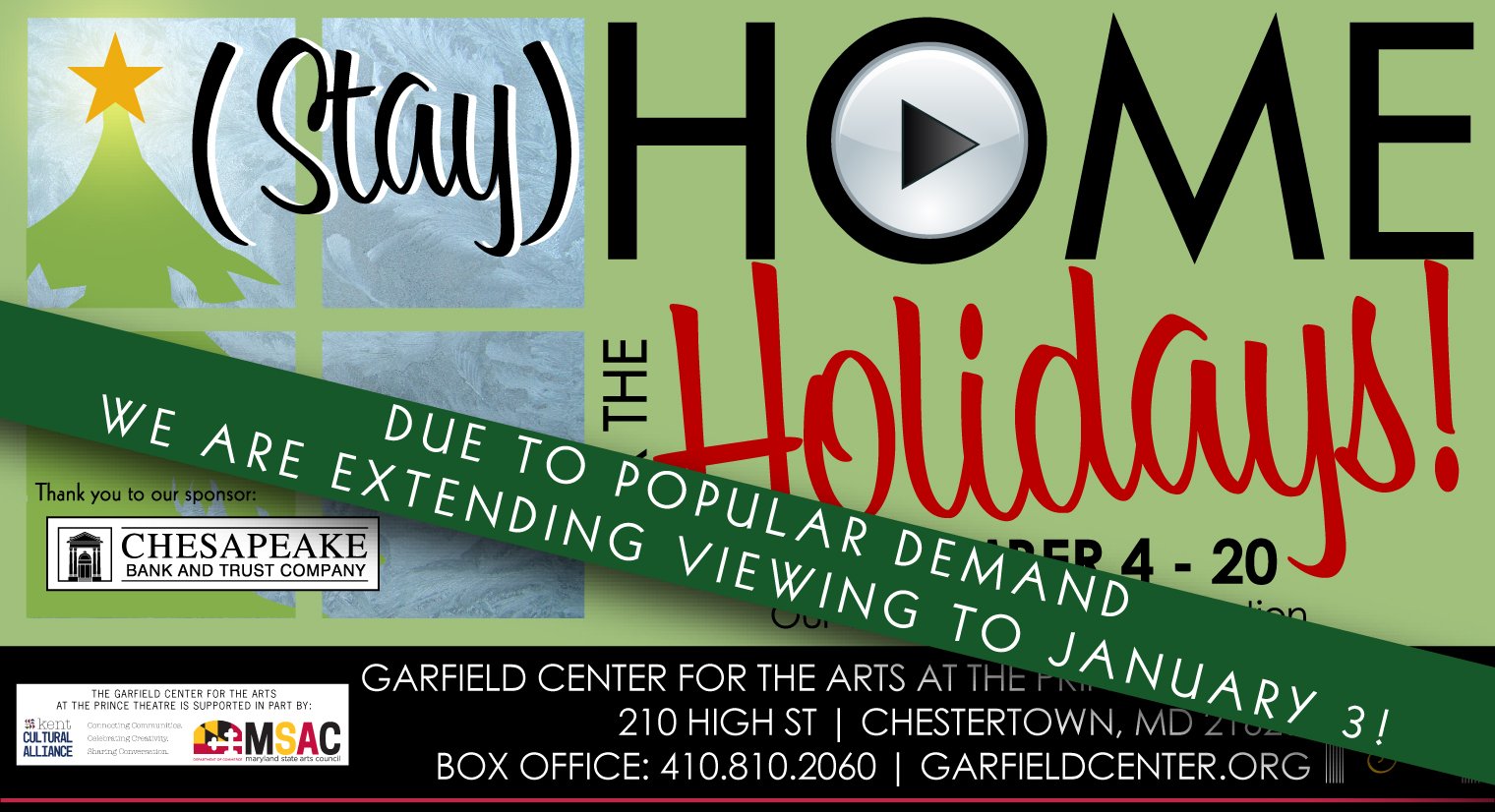 DUE TO POPULAR DEMAND, GCA’S “(STAY) HOME FOR THE HOLIDAYS” EXTENDS ITS ONLINE RUN TO JANUARY 3rd!

Sponsored by Chesapeake Bank and Trust, The Garfield Center’s “(Stay) Home for the Holidays!” is a family-friendly, holiday-themed online video program. Produced by GCA Executive Director Steven Arnold, the program was scheduled to finish its online availability on December 20th. Due to popular demand, however, the online run has been extended until January 3rd.

The program features five new video-captured short plays by area playwrights, a reading of “A Visit from St. Nicholas” by area kids, and the hilarious return of memorable Garfield Center characters from past productions as they audition for the role of Santa.

Tickets are only $10.00 and are available online at https://garfieldcenter.org/stayhomefortheholidays. Ticket buyers will receive an emailed receipt that will also contain viewing instructions for when the video goes online on December 4th.