Event Series: The Garfield Center’s Playmakers present “The Adventures of Winnie the Pooh” 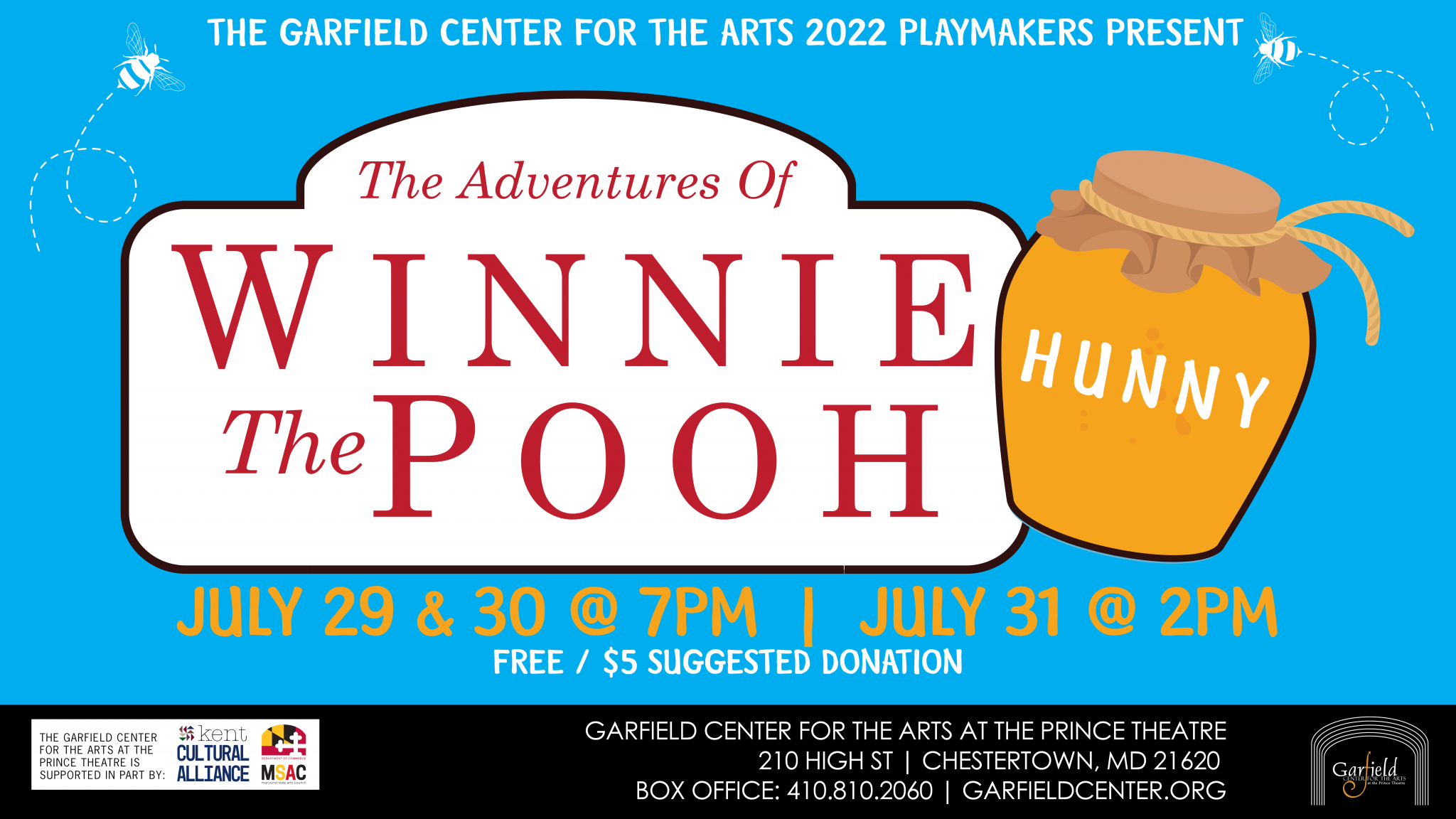 The Garfield Center for the Arts’ Playmakers has returned! The GCA’s annual summer youth education camp for children ages 8-15 has a long and successful history of teaching skills in theatrecraft and performance. The camp had been suspended in 2020 due to the pandemic but has finally returned after its hiatus. This summer’s Playmakers will present “The Adventures of Winnie The Pooh” this weekend, starting at 7 PM on Friday and Saturday, July 29, 30, and 2 PM on Sunday, July 31.
The camp divided participants into two age groups, ages 8 to 11 and ages 12 to 15, for age-specific activities. The remaining camp time was spent with all participants working together to produce and perform their “Winnie the Pooh” production. Campers have also enjoyed the performances of professional cultural artists, presented by The Hedgelawn Foundation, on select camp days, including historical instrumentalist Stephen Christoff, storyteller Debra Mims, and dancer, drummer, singer and storyteller Ssuun.

Leading Playmakers has been its Director Amanda Mickle and Assistant Director Patrick Pearce. Originally from Smyrna Delaware, Amanda spent 13 years with The School of Delaware Ballet and Delaware Ballet where she danced in various supporting and lead roles in multiple productions, including “The Nutcracker” for seven years. Amanda attended Washington College, where she studied English and Education. Currently, she is the 7th and 8th grade Language Arts teacher at Kent School where she has directed and choreographed the 8th Grade Musical for two years with last year’s “Frozen Jr.” and this year’s “Beauty and the Beast, Jr.” Patrick recently appeared in the Garfield Center’s hit production of “The Play That Goes Wrong.” Last year, he appeared in “Clue” and Short Attention Span Theatre. Patrick received his BA in Drama from Washington College in 2000 and now teaches US History at the Kent School in Chestertown.