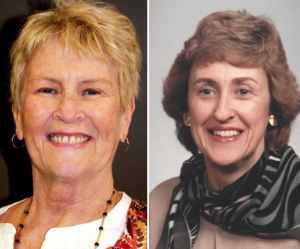 The Town of Chestertown is greatly saddened by the passing of two great women who served the Town for many decades, Margo Bailey and Joan Merryman. Margo Bailey was elected to the Chestertown Council in 1991 and served as a Council woman until she was elected Mayor in 1993. For the next twenty years she served the Town in that capacity and fought tirelessly for her many passions, especially the environment. Joan Merryman was hired by the Town in 1980 and for the next thirty years, was a steady presence at the front desk and as stenographer in all Town meetings, and was known for her wry sense of humor.